Most people have been dumped. Some even have been dumped more than once.  While it seems like your world has fallen apart, there are ways to move on and get out from under the pain and move on with your life.

There are different kinds of breakups. There’s the break up based on betrayal. This one is explosive and there is usually a lot of yelling and accusations flying.   There is a calm, mutual  break up where both partners decide they are better apart than together. This is when they quietly agree to go their separate ways.

Then there is the other kind. It seems to move in slow motion as gradually day after excruciating day as one person stops loving the other. It is gradual. It is no less painful.  These are the most painful because they move so rock moving across the desert slow.  Once it starts to appear, the denial comes right along down the path.   You make excuses. Then you eventually have to face it. It’s over.

It’s been a long time coming, but, in a way, you’ve known it was coming.   They have been treating you differently. Bit by bit they showed how they cared less and less. But you kept on. They had good excuses and when they didn’t you made the good excuses for them.  Your time together kept you as far apart as some road trips. There were signs and after you may feel like an idiot for not seeing it. Regardless of how it happened, it happened. So what do you do now? 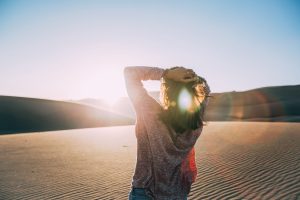 You don’t have to suddenly bounce right back.  It’s ok to feel off center and confused. You may feel like you have failed. You haven’t. Just take some time to relax your brain.  Don’t engage in any dangerous, impulsive behavior.

See them how they really are.  The whole time you were in love, you may have put them on a pedestal. From their you could adore them and bask in their love. Well, now you aren’t basking, and you don’t feel much like adoring.  Go with that feeling.  There are not above you.  You are worth as much as they are. You will be fine.

Don’t torment yourself by stalking them on social media or even in real life. You won’t make yourself happier by seeing that they ate spaghetti at a new bistro or the lead singer of a blues band kissed them at a show.  It will just pinch at your psyche and your psyche doesn’t deserve that kind of torture.  Remove yourself from the situation by asking what you would tell a friend who was going through the same thing.   You would probably tell them gently to walk away from the computer and do something productive.   Even if that something is drinking a glass of wine and watching reality TV.

Remind yourself that you are worthy of love

Love is a fleeting and curious thing.  It’s hard to explain, and sometimes it comes from out of nowhere. Attraction and chemistry are just as inexplicable.  There’s not much conscious choice involved.  If someone has stopped loving you. It’s done.  Nothing you can do or say can change it. It just didn’t work out. It doesn’t mean you are unworthy.  Don’t dwell on it. Just move on.

There are good things in life. It may not seem like it right now, but once your feelings have subsided, which they will, you will be able to see that you have your own journey. Make the journey as pleasant as possible by allowing yourself to enjoy your life. Do what you love and live your life.